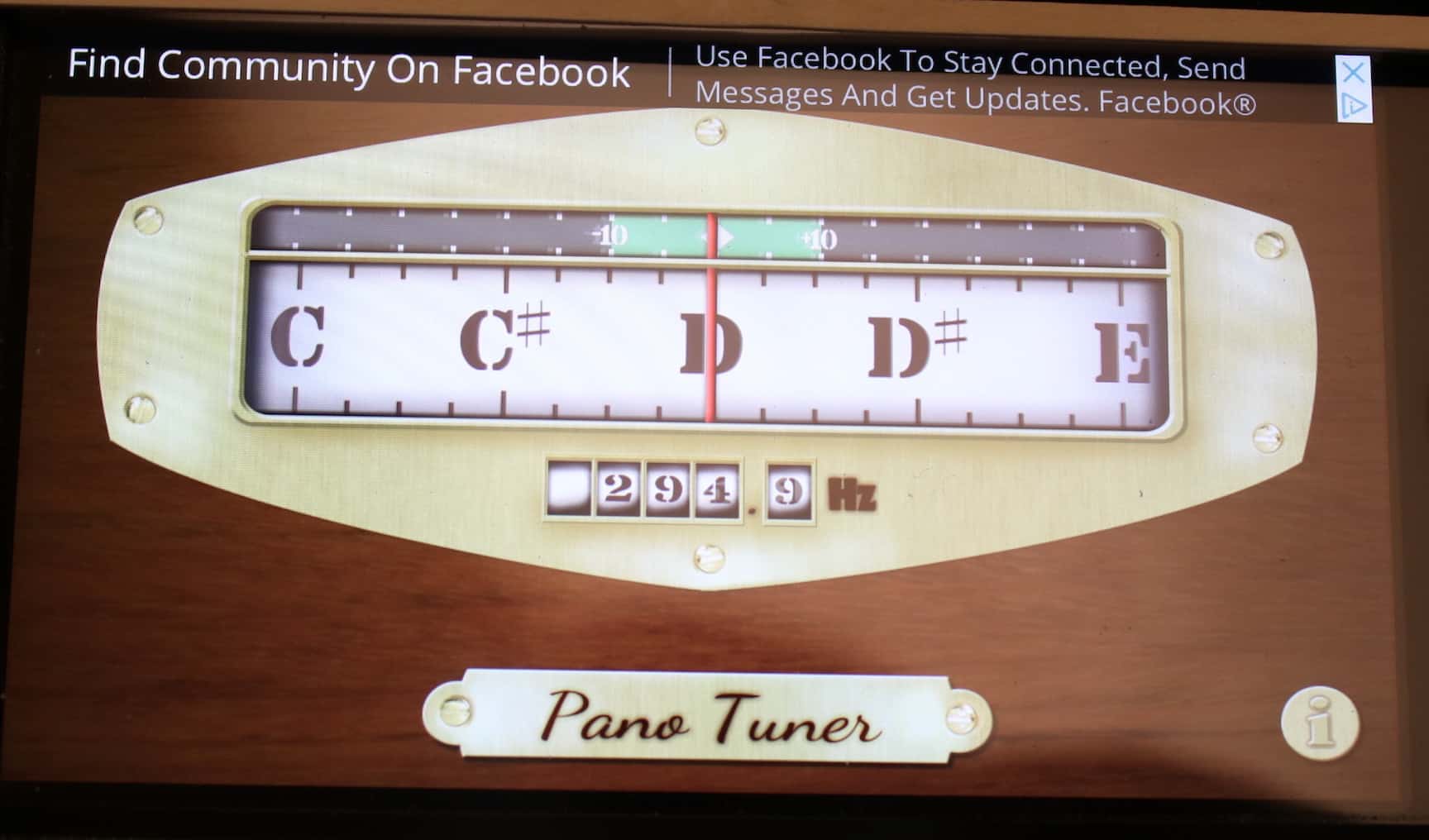 The first change to our system forced by the pandemic.

We are out of the Snark SN1X electronic tuners that we have supplied for many years and won’t be able to get more any time soon as the supplier is closed down. But we have been thinking for some time that these are probably redundant anyway since so most folks now have smart phones. There are lots of tuner apps available for them, and I see many folks in the dulcimer world using them. So this served to drag me kicking and screaming into the modern world. I did the research and found two main ones that most folks in the dulcimer community use. Pano Tuner (free) and Clear Tune ($3.99). They are both available for either iOS (the Apple App Store) or Android (Google Play). I got them both and gave them a try. I like both, and both are much more accurate than a separate tuner. Clear Tune has more functions and settings than Pano Tuner many of which I’m not sure are useful for the hammered dulcimer but fun to play with. Lots of arcane intonations. But for my money since I am cheap and all I want to do is tune my dulcimer, Pano Tuner is just great, so that’s my recommendation. I really like it! Just find the App Store or Google play on your phone depending on which kind of phone you have, and search there for Pano Tuner and get it. That’s all there is to it. Once you get it, and are tuning the dulcimer, if your dulcimer is on the stand and tilted, wrap a rubber band around the phone and then lay it on the strings. The rubber band will keep the phone from sliding off.

If you still want a Snark electronic tuner, we will eventually be able to get them and will have some in stock, but we aren’t going to supply them with a dulcimer anymore. If you want one, we’ll be able to add it on to your purchase. If you are needing one NOW we suggest going to Sweetwater online and ordering one from them. They are open for business, the tuners are $11.99 plus shipping and tax there. Sweetwater is just great. They are the best online musical stuff merchant. If you don’t already know them, you should.

Here is the interface of Pano Tuner: 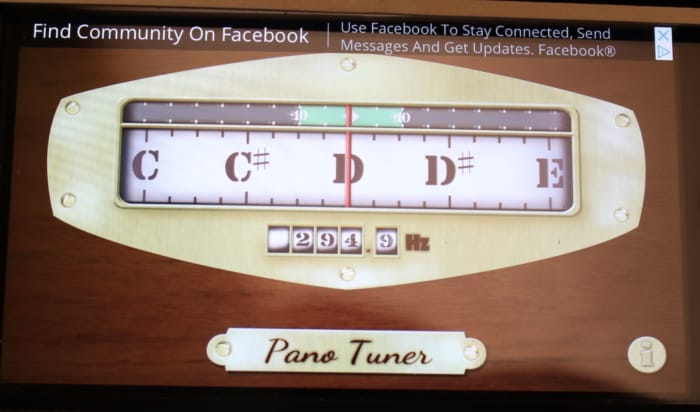 Click the little I in the lower right and it turns over for the settings menu. You’ll notice I have it set for A 442 which I like for hammered dulcimers. They sound better just a little sharp than they do a little flat. 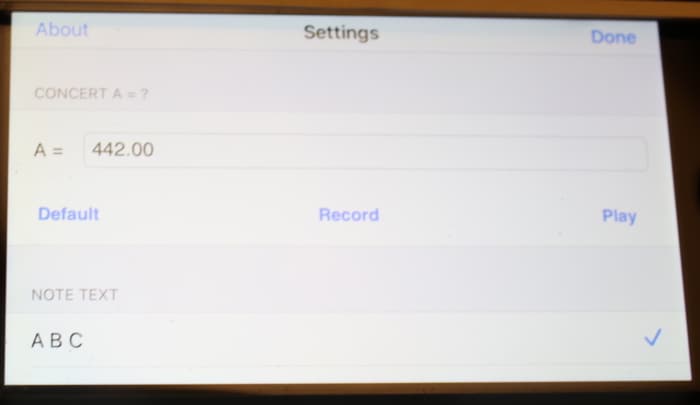 Here is the interface for Clear Tune. 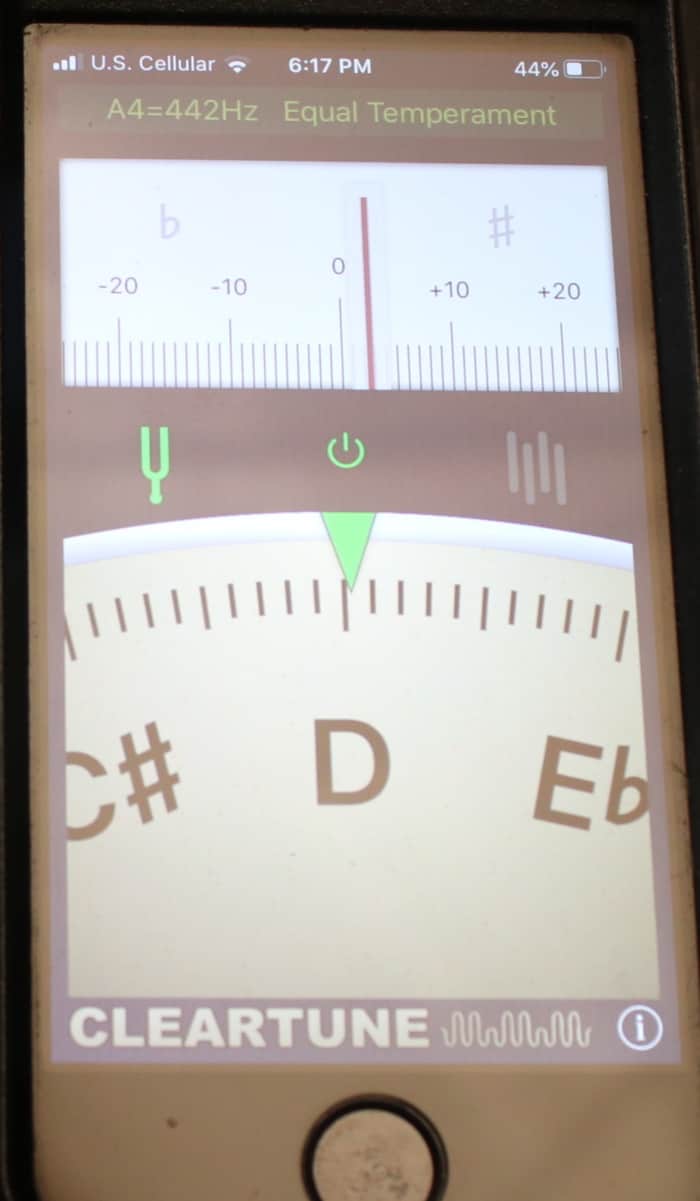